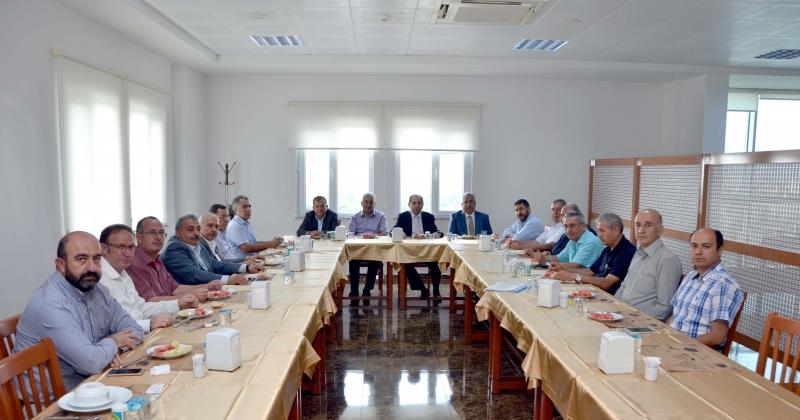 Çorum Hitit Foundation Board of Directors came together with the charitable ones who gave scholarship to the students in 2014-2015 Academic Year.

Sharing information about the current works and projects planned to carry out in the following terms, Reha Metin Alkan who is the Director of the Board of Çorum Hitit Foundation emphasized that the foundation is the oldest and a deep rooted educational and cultural foundation of our city and the foundation will continue to serve not only by giving scholarship but also making studies in many fields.

Stating that he would carry out more intense facilities in social, cultural and other fields with all stakeholder in the city, Prof. Dr. Alkan thanked all charitable businessmen who gave scholarship to the students in 2014-2015 Academic Year and said he felt happy to contribute to the city.